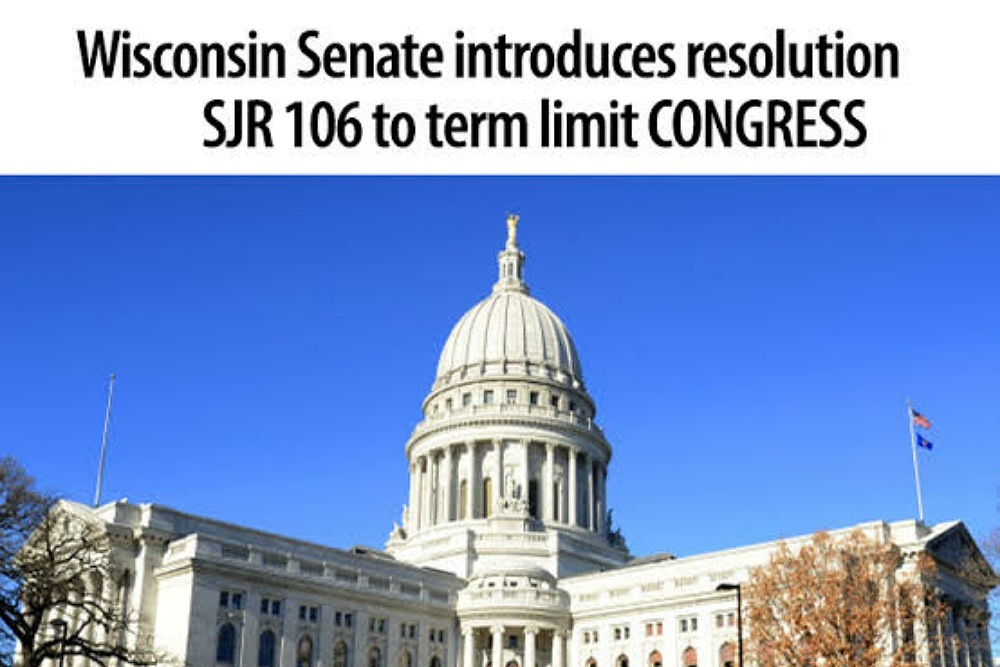 On February 28th, Senator Duey Stroebel introduced SJR 106 calling for Wisconsin to participate in a national initiative for the states to propose a congressional term limits amendment to the U.S. Constitution. The effort is being spearheaded by the nonpartisan, nonprofit U.S. Term Limits.

Sen. Stroebel commented on the resolution saying, “With each passing decade, our country has drifted further and further away from the citizen legislature and limited central government envisioned during the founding era. Fortunately, the Framers had the foresight to provide a mechanism for the states to rein in the overreach of the federal government that has occurred under the watch of career politicians. It’s time for state legislatures to convene under Article V of the U.S. Constitution for the purpose of imposing term limits on members of Congress.”

SJR 106 is cosponsored by Representatives Hutton, Edming, Ramthun and Sanfelippo and is expected to advance to the Senate Government Operations Committee.

Once the resolution passes both chambers of the legislature, Wisconsin will have the distinction of being among the first states in the nation to file an application for the states to convene for the exclusive purpose of proposing term limits on the U.S. Congress. When 34 state legislatures pass similar resolutions on the topic and subsequently approve the term limits amendment, it must be ratified by 38 states to become part of the U.S. Constitution.

Want to get notified whenever we write about U.S. Term Limits ?

Sign-up Next time we write about U.S. Term Limits, we'll email you a link to the story. You may edit your settings or unsubscribe at any time.